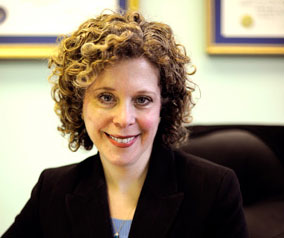 Ms.Solomon is a partner at O'Brien Solomon, LLP and received her Juris Doctor degree from the Shepard Broad Law Center at Nova Southeastern University, Fort  Lauderdale, Florida in May 2002.  She is licensed to practice in all courts of the State of Florida.  She is also admitted to practice before the United States District Courts for the Southern, Middle and Northern Districts of Florida. Ms. Solomon served as member and Chair of the 17th Circuit Grievance Committee “C” for The Florida Bar, which investigates complaints filed against Florida attorneys.

Ms. Solomon acted as Judicial Law Clerk  for the Honorable Eleanor L. Schockett, Circuit Judge in the General Jurisdiction Division of the Eleventh Judicial Circuit of Florida, Dade County Courthouse. She managed both Chambers and Courtroom for Judge  Schockett in respect to hearings and trials. After Judge Schockett retired in December of 2002, Ms. Solomon became Judicial Law Clerk to another Circuit Court Judge, The Honorable Michael B. Chavies, before she joined our firm in February 2003.